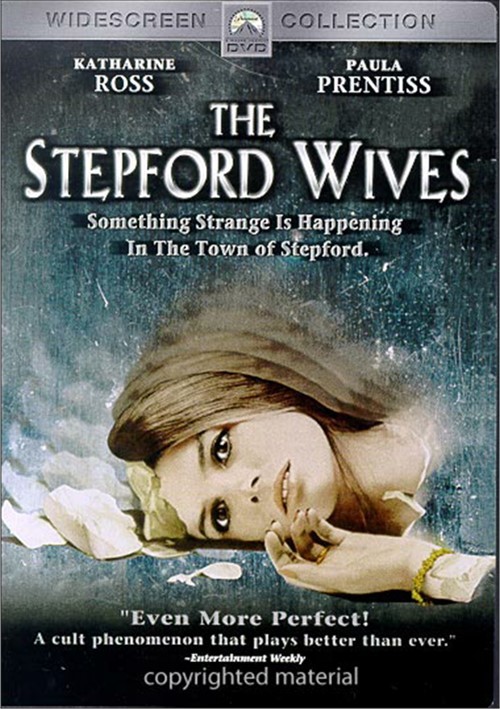 Something Strange Is Happening In The Town of Stepford.

Joanna (Katherine Ross) reluctantly moves with her husband and children from New York City to the suburban community of Stepford, Connecticut. But when life in Stepford begins to seem too perfect, Joanna and her new friend Bobby (Paula Prentiss) investigate a mysterious conspiracy among the town's husbands. Are the suburb's women happy to be vapid homemakers or is there a more shocking secret behind the domestic perfection of The Stepford Wives?

The Stepford Wives remains a legendary combination of chilling chauvinist horror and savage social commentary. Peter Masterson, Tina Louise, Nanette Newman and Mary Stuart Masterson (in her film debut) co-star in this controversial cult thriller based on the best-selling novel by Ira Levin (author of Rosemary's Baby), presented in a sparkling new widescreen transfer that Entertainment Weekly hails as "shiny as a Stepford kitchen floor."

Reviews for "Stepford Wives, The"