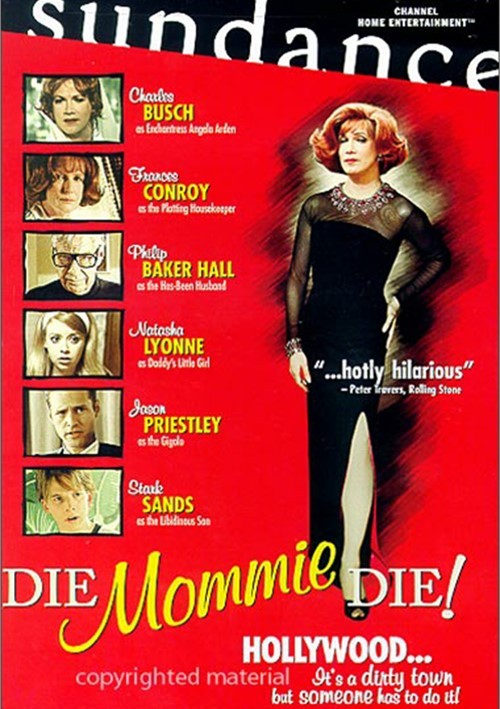 Hollywood...It's a dirty town but someone has to do it!

Created as an ode to the Ross Hunter-style big-screen soaps of the '60s, Die Mommie Die! features theater veteran Charles Busch as the fallen pop diva, Angela Arden. When Sol, Angela's husband, discovers that she's having an affair with tennis pro, gigolo and failed actor Tony, Angela calculatedly offs him with a poisoned suppository, or does she? What follows is a hilarious mixture of who-done-its and double-crossings involving an ill-fated family maid, Angela and Sol's spoiled, vampy daughter and their boy-toy son.

Anatomy Of A Scene Episode: A Behind The Scenes Look At Die Mommie Die!

The Costumes Of Die Mommie Die!

"Why Not Me?" Music Video

Gallery of Rejected One Sheets

Highlights From the 2003 Sundance Film Series