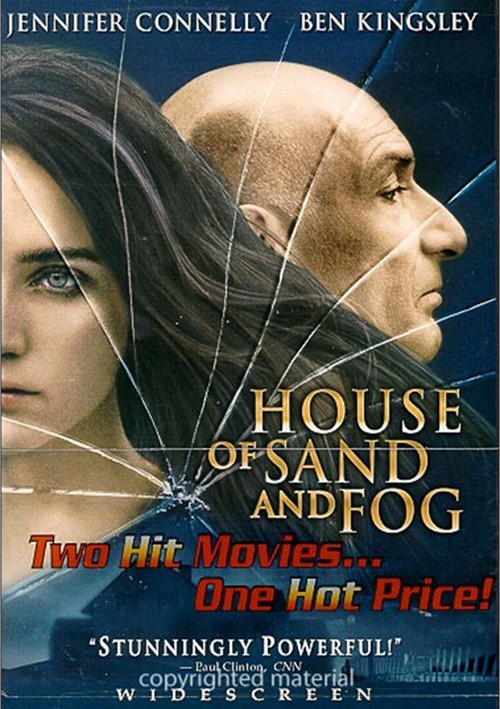 House of Sand and Fog

Academy Award winners Ben Kingsley (Gandhi) and Jennifer Connelly (A Beautiful Mind) deliver stunning performances as two strangers whose conflicting pursuits of the American Dream lead to a fight for their hopes at any cost. What begins as a struggle over a rundown bungalow spirals into a clash that propels everyone involved toward a shocking resolution. "A surprise ending that will leave you breathless!" (Clay Smith, Access Hollywood)

...look closer at the most talked about film of the year. Intelligent, provocative and wickedly funny, American Beauty has struck a chord with audiences around the world and become a defining achievement in cinematic history.

...look closer at the most honored film of the year. Winner of 5 Academy Awards, American Beauty appeared on over 275 Top 10 lists and was named Best Picture of the Year by over 65 critics. In an extraordinary directorial debut, Sam Mendes (Directors Guild of America Award) teamed with screenwriter Alan Ball (Writers Guild of America Award) to capture unparalleled praise among critics and audiences alike.

...look closer at the most acclaimed cast of the year led by brilliant performances from Kevin Spacey and Annette Bening as the indelible Lester and Carolyn Burnham, a seemingly ordinary couple in an anonymous suburban neighborhood whose marriage - and lives - are slowly unraveling. From beginning to startling end, American Beauty has been deemed a "flat-out masterpiece" (Rod Dreher, New York Post) that will entertain and challenge audiences to ...look closer for years to come.

Reviews for "House Of Sand And Fog / Americ"