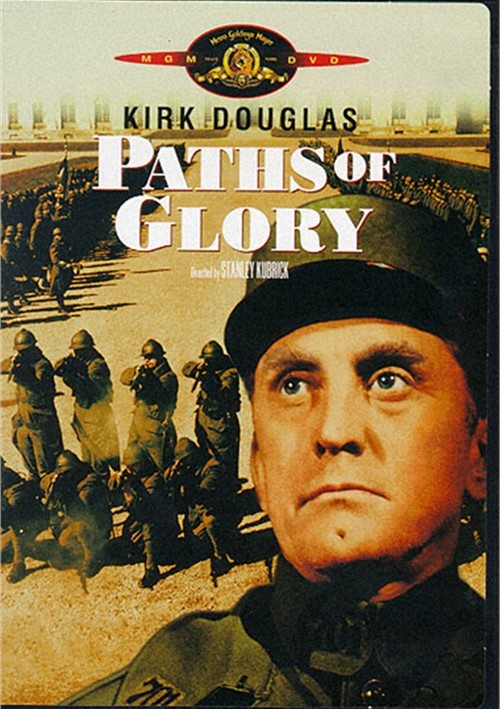 Safe in their picturesque chateau behind the front lines, the French General Staff passes down a direct order to Colonel Dax: take the Ant Hill at any cost. A blatant suicide mission, the attack is doomed to failure. Covering up their fatal blunder, the Generals order the arrest of three innocent soldiers, charging them with cowardice and mutiny. Dax, a lawyer in civilian life, rises to the men's defense but soon realizes that, unless he can prove that the Generals were to blame, nothing less than a miracle will save his clients from the firing squad.

Reviews for "Paths Of Glory"