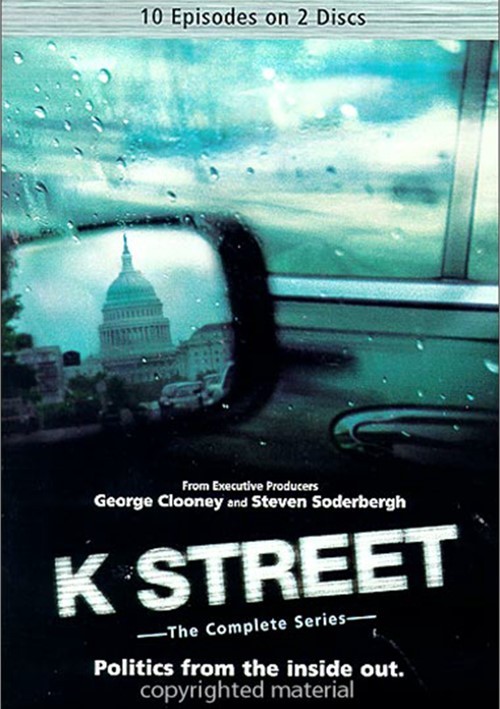 Politics from the inside out.

Crisis managers. Image enhancers. Campaign handlers. Spin doctors. Meet the people advising the movers and shakers calling the shots in Washington...and the world. They're the political consultants who inhabit the so-called "fourth wing" of the U.S. federal government - K Street.

Executive-produced by George Clooney and Steven Soderbergh, this groundbreaking series is an experimental fusion of reality and fiction filmed in and around the corridors of power in DC. The series focuses on the day-to-day activities of a political consulting firm whose members rub elbows with Washington's power elite, teaming actors portraying consultants with actual Beltway insiders.

"K Street" SeriesView All 1 Titles in the Series >