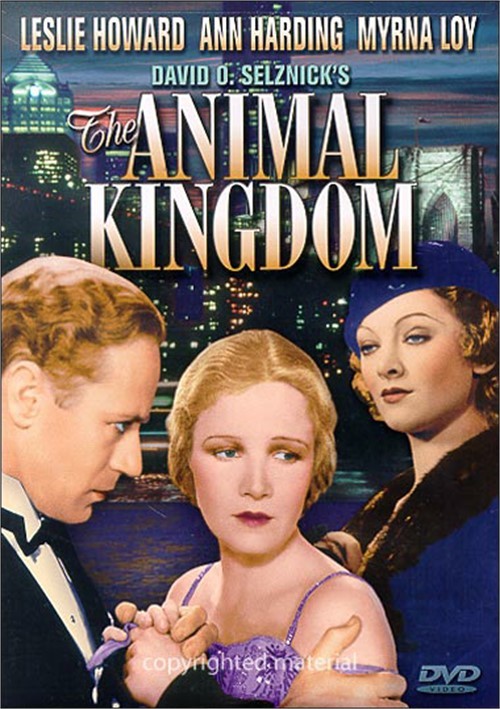 Wonton, carefree playboy Tom (Leslie Howard) is the salaciously behaving heir to a publishing fortune. At his father's insistence, Tom decides to become respectable and marry "good girl" socialite Cecilia (Myrna Loy). Ruefully, Tom discards his capricious, free-spirited mistress Daisy (Ann Harding) and tearfully bids farewell to the pleasure and follies of youth. However, Tom and Cecelia's union is without love and Cecilia's passion is corrupt, icy and calculated. Once married, it is Cecelia, ironically, who embarks on a series of wild carnal adventures, while Daisy, once an advocate of free love, pines away for Tom.

Produced by the legendary David O'Selznick and based on the play by Phillip Barry (The Philadelphia Story), The Animal Kingdom is a tart and strikingly sophisticated martini-dry drawing room comedy of sexual intrigue and social observation reminiscent of Noel Coward and Henrik Ibsen. Featuring an all star cast at the top of their game, this pre-code shocker is a frank and explicit romance of the unspecified adult desires that throbbed beneath the surface of 1930's high society.