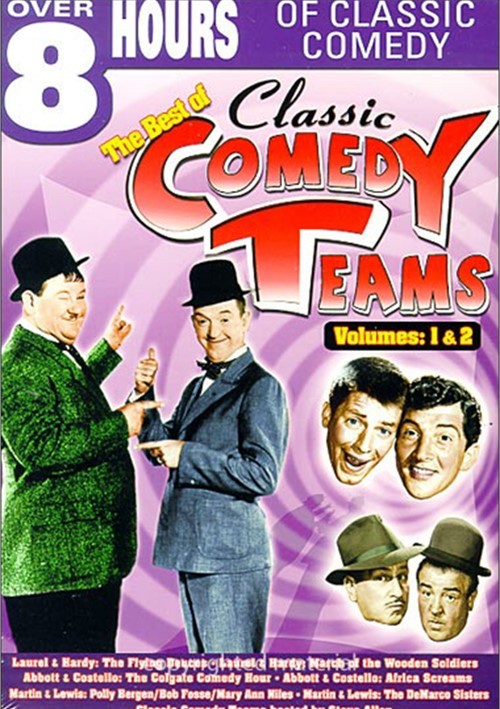 Over 8 Hours Of The Best Outdoor Movies!

Laurel & Hardy: The Flying Deuces - When a pretty Parisienne declines Oliver Hardy's offer of marriage, he and his pal Stan Laurel decide to join the French Foreign Legion, so that Ollie can forget, but life in the Legion is much harder than they expected.

Laurel & Hardy: March of the Wooden Soldiers - Originally released as Babes in Toyland, and now available in full color, the first version of Victor Herbert's 1903 operetta is Laurel and Hardy's most beloved film, remade by Disney in 1961 and for television in 1986.

Martin and Lewis: Polly Bergen, Fosse and Niles - Bob Fosse (Cabaret) and his dancing partner, Mary Ann Niles, made their first appearance on The Colegate Comedy Hour on February 4, 1951, as did Martin and Lewis's frequent co-star, Polly Bergen (The Stooge).

Classic Comedy Teams Hosted by Steve Allen - Steve Allen hosts this compilation of classic scenes starring the screen's greatest comedy teams, following them from their roots in vaudeville, burlesque, and nightclubs to their verbal and visual gems on film and TV.