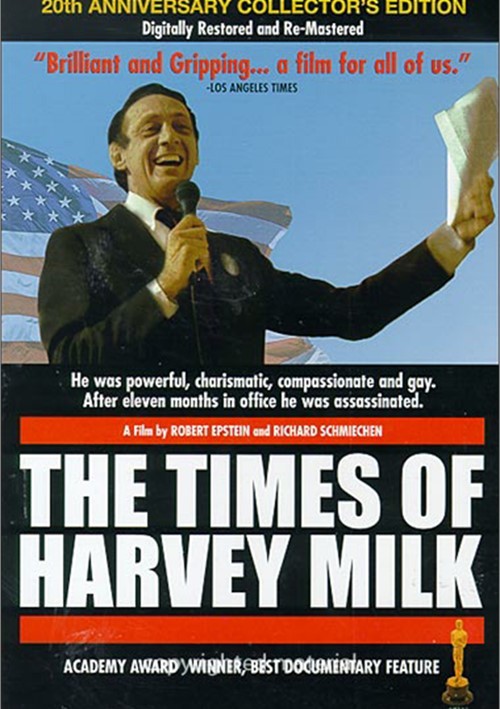 He was powerful, charismatic, compassionate and gay. After eleven months in office he was assassinated.

Academy Award winner The Times of Harvey Milk is the dramatic and moving story of the first openly gay person elected to political office in California - from his triumphant grass-roots campaign to his brutal assassination one year later by fellow San Francisco city supervisor Dan White. These events, and the "Twinkie defense" trial that followed, united an entire city - first in mourning, and then in violent rage.

A story of communities and values in conflict, told with humor and compassion, this gripping film builds to its climax with the intensity and inevitability of classic tragedy. And ultimately when the fires die down, it is a life-affirming testament to courage and hope.

Reviews for "Times Of Harvey Milk, The: 20t"