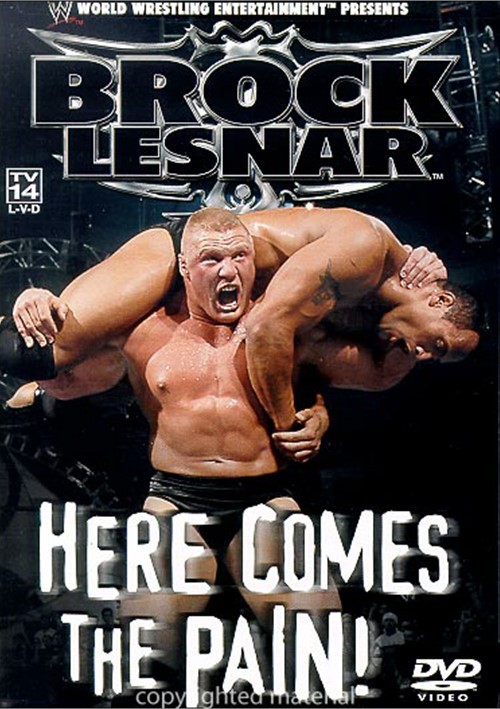 Brock Lesnar: "The Next Big Thing" is a f-rce to be reckoned with since his arrival in WWE. The Hardy Boyz, Rob Van Dam, Hulk Hogan, Undertaker, Big Show & Kurt Angle have all been left in crumpled heaps ringside. And before the end of his rookie year, he became the youngest WWE Champion in history. WWE has never been rocked by a more powerful and devastating f-rce of nature than Brock Lesner!

Six Bonus matches including Brock's WWE Championship victories over The Rock at SummerSlam 2002 and Kurt Angle at WrestleMania XIX, plus Hell In a Cell vs. Undertaker at No Mercy, and two features from WWE Confidential.