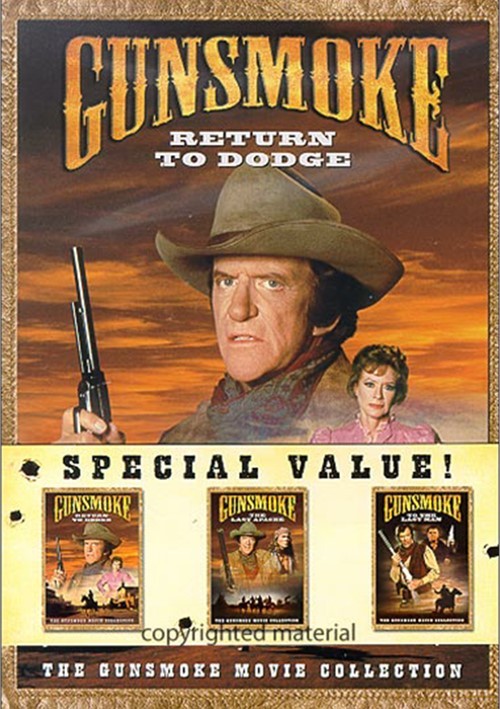 James Arness returns in his most famous role as Marshal Matt Dillon in this exciting Western drama.

Now retired, Dillon is stabbed in a fight with a band of thieves. When word reaches Miss Kitty in New Orleans, she returns to Dodge to be by his side. However, danger strikes again as an old enemy from his past is released from prison and vows to settle the score.

Marshal Matt Dillon (James Arness) is back, in a story of revenge, deceit and family conflict.

Dillon, now retired, is summoned to the ranch of a long-lost love, only to find it smoldering in ruins after an Apache raid. He is shocked to learn of a daughter he'd never known - and that she was kidnapped in the raid. Now he must save her from the fierce renegade Apache warrior who stole her away!

Back like a bullet, ex-Marshal Matt Dillon (James Arness) finds himself in the middle of a bloody range war.

With vigilante ranchers on his back and a headstrong daughter on his trail, Matt takes up the fight to restore peace with his own brand of law and order in this action-packed western thriller.

Reviews for "Gunsmoke Movie Collection, The"