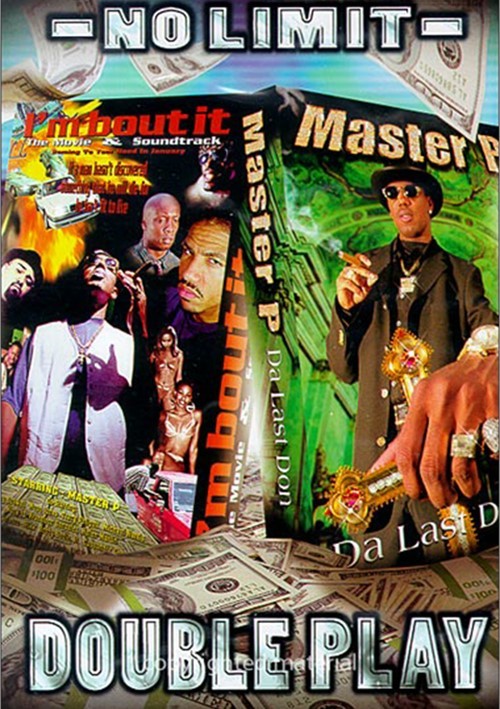 Master P and No Limit Films present, "Da Last Don" and "I'm Bout It" first time on DVD. The classic urban movies that put P on the map. A must for any DVD collector. Two films for the price of one!

"I'm Bout It" marked Master P's first foray into the world of film, a micro budgeted film about growing up in the hood - in this case, New Orleans' notorious Third District, the self-described "Murder Capital of The World.". Master P plays a young small-time hustler who deals drugs, but is perpetually on the lookout for the big score that will enable him to escape the Ghetto and go straight. I'm Bout It includes appearances by Silk the Shocker, Mia X and Mack 10.

Master P plays Nino in the urban Gangsta film "Da Last Don." Nino never wanted the life of a gangster, but when his father, Don Corleone is gunned down in the street, he must answer the call for revenge. Now Nino is Da Last Don and the family business is in his hands...