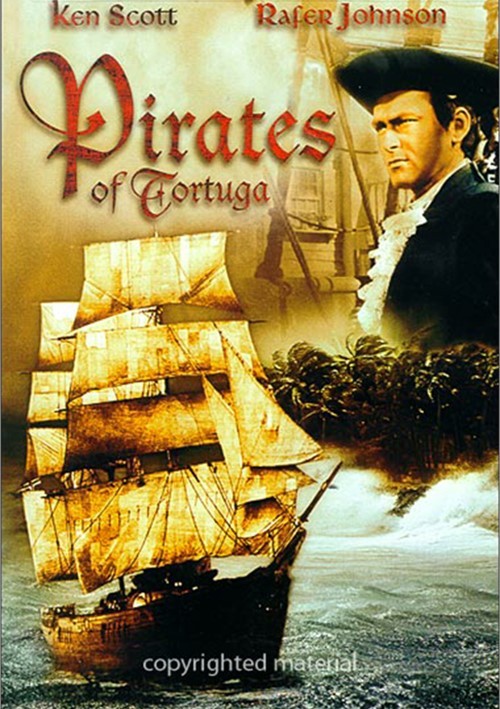 If you liked "Master and Commander": The Far Side of the World" and "Pirates of the Caribbean", You'll love this Swashbuckling High Seas Adventure!

At the commission of England's King Charles II, Captain Bart (played by Ken Scott) goes undercover among pirates in order to thwart their notorious leader, Henry Morgan (Robert Stevens). But it becomes clear to Morgan that Bart is not as he seems, and the two engage in a fight to the death. However, both pirate and captain are knocked unconscious in the process, and are brought before the governor of Tortuga, who plans to hang them as pirates. It's one white-knuckle moment after another in this high seas swashbuckler.

Reviews for "Pirates Of Tortuga"