Ghosts Of The Abyss 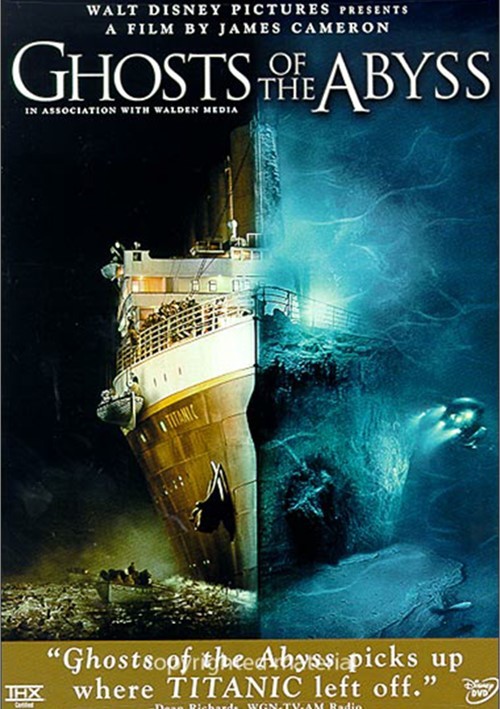 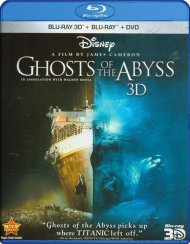 You've seen the voyage, now experience the only movie to take you on a trip deep inside the Titanic.

Walt Disney Pictures and James Cameron, the Academy Award - winning director of Titanic (1997), present the groundbreaking cinematic achievement Ghosts of the Abyss. Joined by his personal friend Bill Paxton (Titanic) and a team of the world's foremost historical and marine experts, Cameron journeys back to the site of his greatest inspiration - the legendary wreck of the Titanic. During the voyage, you will explore inside the entire ship, deck by deck, room by room, encountering mysteries that have remained hidden for almost a century. Revolutionary underwater robots were designed and built solely for the purpose of allowing the explorers to peer deep into the remains of the once-great ship and bring those surreal and haunting images back to the surface world. Loaded with unseen footage, revealing interviews and innovative DVD bonuses, this unprecedented motion picture event is a must-own companion for anyone who loves Titanic.

Includes two versions of the film:

Reflections From The Deep
Includes unseen footage from the filmmaker's risky dives to the ocean floor and revealing interviews with director James Cameron, star Bill Paxton and the entire crew
The MIR Experience
An innovative multi-angle feature. Choose from different cameras as you dive to the ocean's floor and ultimately see the Grand Staircase from any view you want.

Review "Ghosts Of The Abyss"

Reviews for "Ghosts Of The Abyss"