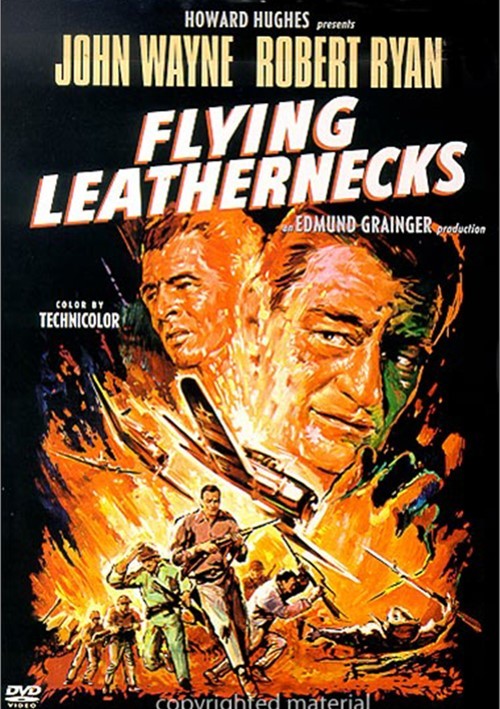 Marine fighter squadron VMF 247 is in the thick of it on Guadalcanal. The besieged airstrip they hold is hammered almost nightly by offshore batteries. Malaria and combat fatigue grip many of the men. Fuel is low. Replacement parts for the squad's Wildcat planes are few. And the only things not in short supply are the enemy...and Major Don Kirby's determination to keep fighting with whatever he has.

American icon John Wayne is in the cockpit and in command as Kirby, a courageous leader at odds with his executive officer (Robert Ryan) and the forefront of tacticians eager to coordinate ground combat with low-flying aerial sorties. Nicholas Ray (Rebel Without A Cause) directs, skillfully incorporating actual battlefield and dogfight footage. Flying Leathernecks has the flight stuff!