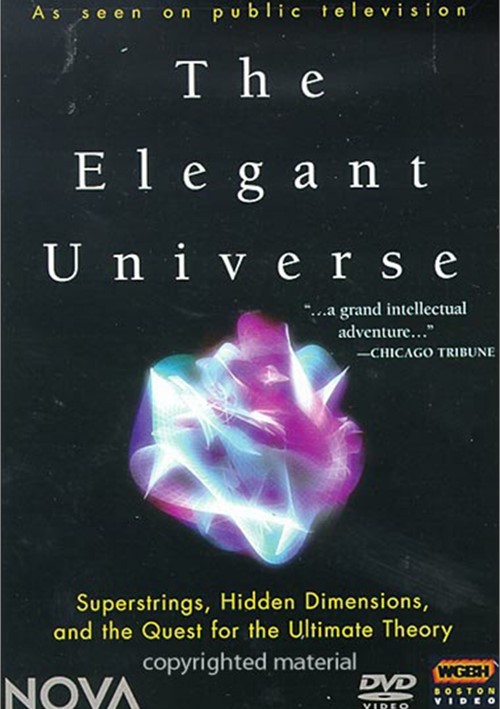 Superstrings, Hidden Dimensions, and the Quest for the Ultimate Theory

One of the most ambitious and exciting scientific theories ever posed - one that may be the long-sought "Theory of Everything" - gets a masterful and lavishly animated explanation that will excite scientists and non-scientists alike. Beginning with simple an clear explanations of major concepts of physics, including gravity, electromagnetism, and relativity, The Elegant Universe illuminates one of the most revolutionary theories in physics today.

Known as string theory or superstring theory, this startling idea proposes that the fundamental ingredients of nature are inconceivably tiny strands of energy, whose different modes of vibration underlie everything that happens in the universe. The theory attempts to unite the laws of the large - general relativity - and the laws of the small - quantum mechanics - breaking a conceptual logjam that has frustrated scientists for nearly a century.

If string theory proves correct, the universe we see obscures a reality that is far richer and more complex than anyone ever imagined - a universe with numerous hidden dimensions, a universe in which the fabric of space can rip and tear, a universe that may be but one of many parallel universes.

Join host Brian Greene, professor of physics and mathematics at Columbia University and the best-selling author of The Elegant Universe, for this exciting and in-depth exploration of this groundbreaking new theory.

Reviews for "Nova: The Elegant Universe"