Don Winslow Of The Navy: Volume 2 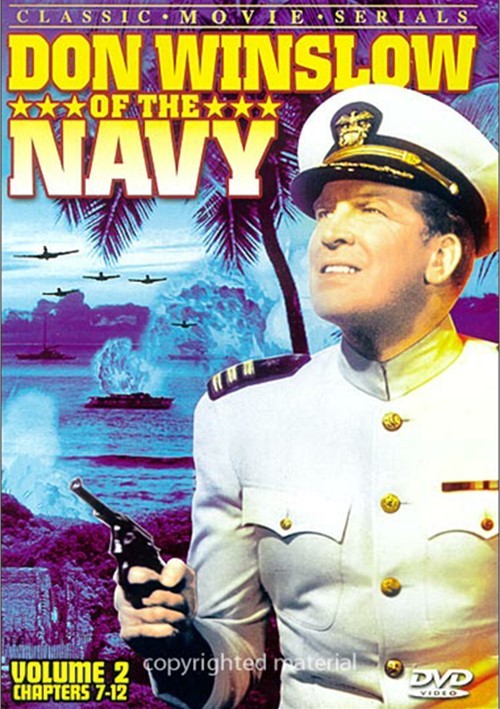 Don Winslow (Don Terry) is a top naval commander assigned to the islands around Pearl Harbor. There, naval intelligence has detected a ruthless gang of saboteurs who seek to destroy supply ships carrying rations and equipment for the troops and undermine the entire United States' war effort in the Pacific.

With his right hand man Red Pennington (Walter Sande) and the help of the lovely Mercedes Colby (Claire Dodd) and Misty Gaye (Anne Wagel), Commander Winslow investigates. The foursome faces life-threatening dangers and discover that the mastermind behind this nefarious skullduggery is the Japanese agent known as The Scorpion (Kurt Katch).

With the fate of the war in the balance, Commander Winslow must match wits and brawn with The Scorpion himself. Filled with incredible suspense and spectacular maritime action sequences, Don Winslow of the Navy is an unbeatable action-adventure!

Reviews for "Don Winslow Of The Navy: Volum"