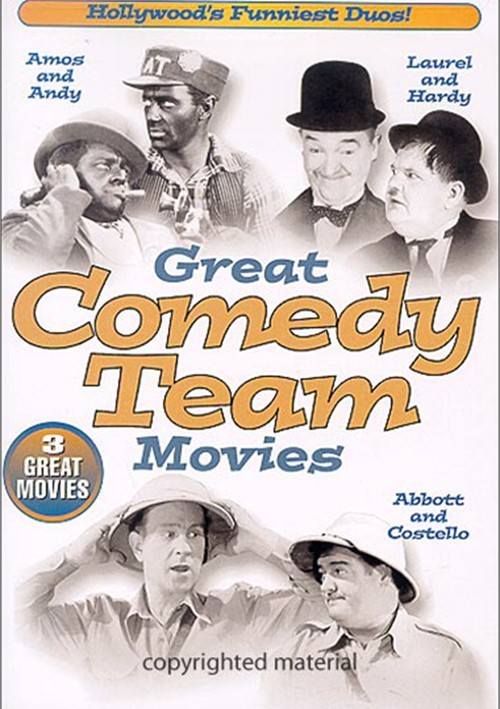 When it comes to laughs, two are always better than one! The classic comedy pairings of Abbott and Costello, Laurel and Hardy, and Amos and Andy still have the power to grab you by the funny bone and make you laugh until it hurts. Here's gut-busting mayhem as only these legendary Hollywood teams can deliver.

Abbot and Costello go on an African safari in search of treasure - but of course, all they bag is big trouble! From giant apes to a tribe of cannibals, the two bungle their way through the jungle. Looks like the only thing they're "bringing back alive" is big laughs. Also stars Max Baer and Shemp Howard.

Freeman F. Godsen and Charles J. Correll star as the infamous comedy duo of Amos and Andy in the only film ever made by this team. A secret initiation ritual for their lodge requires them to spend the night in a haunted house - but it's the ghosts who are going to be sorry! With a performance by Duke Ellington and his Cotton Club Orchestra.

Sacre bleu! It's Laurel and Hardy in the French Foreign Legion! The legendary laugh-masters aren't cut out for military work - or any work at all, it seems. They hatch one harebrained desertion scheme after another. Maybe the firing squad will have to put them out of their misery. Also stars Jean Parker and Reginald Gardiner.