Wolf Man, The: The Legacy Collection 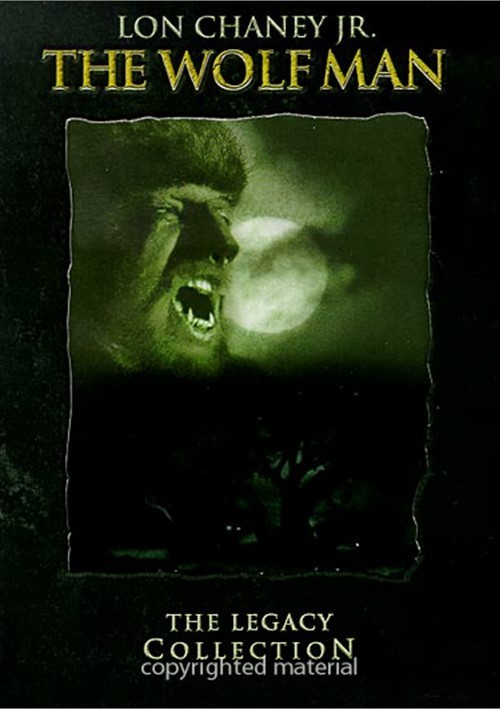 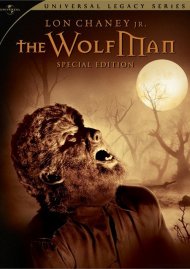 The original horror classic that introduced one of the screen's most infamous monsters! Lon Chaney Jr. portrays Larry Talbot, who returns to his father's (Claude Rains) castle in Wales and meets a beautiful woman (Evelyn Ankers). One fateful night, Talbot escorts her to a local carnival where Jenny's fate is revealed by a mysterious gypsy fortune teller. The dreamlike atmospheres and elaborate settings combined with a chilling musical score make The Wolf Man a masterpiece not only of the genre, but for all time!

Bela Lugosi as Frankenstein's' Monster and Lon Chaney Jr. as the cursed Wolf Man collide in one of the great classic horror films of the 1940s. Beginning as a moody chiller, director Roy William Neill sets the stage for an unforgettable clash. The resurrected Wolf Man, seeking a cure for his malady, enlists the aid of mad scientist Patric Knowles, who claims he will not only rid the Wolf Man of his nocturnal Metamorphosis but will also revive the frozen body of Frankenstein's inhuman creation.

The citizens in turn-of-the-century London are terrified and Scotland Yard is baffled by a mysterious string of bloody killings in the city's most infamous park. In a nearby estate Phyllis Allenby (June Lockhart) fears that the "Allenby Curse" which led to the death of her parents has now turned her into a "she-wolf." Haunted by dreams of mayhem and worried she's going insane, Phyllis breaks off her engagement with her fiancÃ© (Don Porter). Determined to prove that the woman he love couldn't be a murderess, he sets out to unmask the real killer.

Despite warnings that the region is dangerous, botanist Wilfred Glendon (Henry Hull) travels to Tibet in search of the "Marifasa Lupina," a rare flower which blooms only in moonlight. Back in London, Glendon is visited by the enigmatic Dr. Yogami (Warner Oland), who tells him that the current rash of murders is the work of two werewolves. Yogami also claims that the only antidote is the blooming Marifasa flower, which keeps the werewolves from harming the ones they love. Glendon scoffs at Yogami's stories, until the next full moon!

Reviews for "Wolf Man, The: The Legacy Coll"