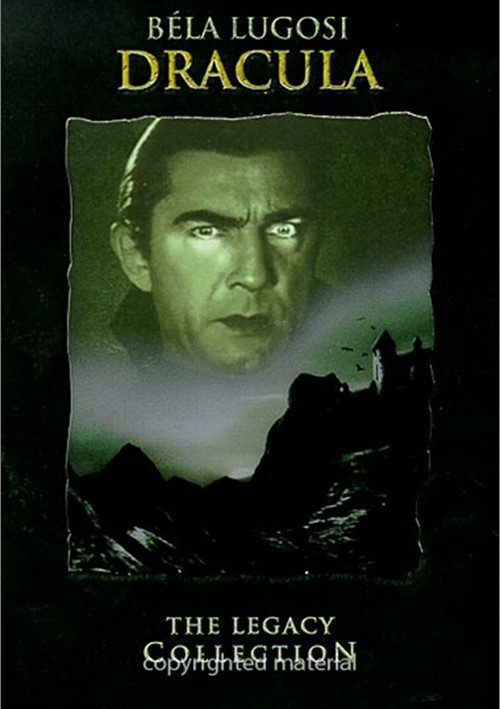 Although there have been numerous screen versions of Bram Stoker's classic tale, none is more enduring than the 1931 original. The ominous portrayal of Count Dracula by Bela Lugosi, combined with horror specialist director Tod Browning, help to create the film's eerie mood. Dracula remains a masterpiece not only of the genre, but for all time.

Filmed simultaneously with the English language version, the Spanish version of Dracula is a completely different, yet equally ominous vision of the horror classic. Utilizing the same sets and identical script, cinematographer George Robinson and a vibrant cast including Carlos Villarias and Lupita Toward deliver this chilling and evocative tale.

Picking up where Dracula left off, Dr. Von Helsing (Edward Van Sloan), thinking he has rid London of all vampires, is instead arrested for murder. Meanwhile, the beautiful and mysterious Countess Marya Zaleska (Gloria Holden) appears in London seeking the understanding Dr. Garth (Otto Kruger), Von Helsing's psychiatrist. A mysterious sequence of events leads Von Helsing and Garth to set off to Transylvania after the elusive countess and to rescue Garth's beautiful fiancÃ©e (Marguerite Churchill) in this classic thriller.

Lon Chaney Jr. dons a cape as Count Alucard (that's Dracula spelled backward), the bloodthirsty son of the famous Transylvanian vampire. And when a beautiful Southern girl, Katherine (Louise Allbritton), invites him to the U.S., they both set out to satisfy their unquenchable thirst for human blood with nocturnal killings of unsuspecting neighbors and relatives. Despite the heroic efforts of her fiancÃ©, Robert Paige, Katherine falls under the spell of the evil Count in Son of Dracula, director Robert Siodmak's excursion into the horror genre.

House of Dracula is one of the greatest feats for monster-lovers ever created! They're all here - The Wolf Man, Dracula, Frankenstein's Monster, angry Villagers, even a hunchback assistant! And they all have momentous plans of their own in this entertaining frightmare treat.

Van Helsing director Stephen Sommers hosts an exclusive behind-the-scenes look at how these original Dracula films inspired his event
Phillip Glass' brilliant new score to Dracula, performed by the Kronos Quartet on an alternate audio track, enhances the original film (5.1 Surround)
Introduction to the Spanish version of Dracula by star Lupita Tovar
The Road to Dracula, an original documentary on the making of the film
Film historian David J. Skal provides insightful commentary to the film on an alternate audio track
Dracula: original poster and photo gallery
Newly remastered audio track for maximum clarity
Original theatrical trailers for all films

Reviews for "Dracula: The Legacy Collection"