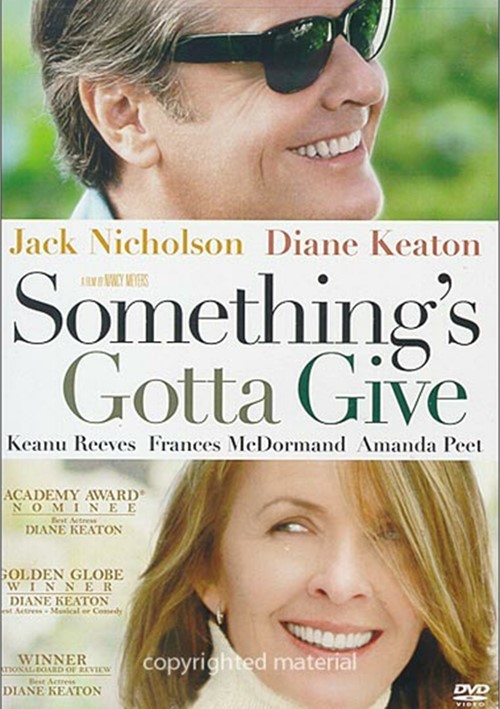 Harry Sanborn (Jack Nicholson) is a perennial playboy with a libido much younger than his years. During a romantic weekend with his latest infatuation, Marin (Amanda Peet), at her mother's Hamptons beach house, Harry develops chest pains. He winds up being nursed by Marin's reluctant mother, Erica Barry (Diane Keaton)-a successful, divorced New York playwright. In the process, Harry develops more heart pangs-the romantic kind-for Erica, an age appropriate woman whom he finds beguiling. When Harry hesitates, his charming thirty-something doctor (Keanu Reeves) steps in and starts to pursue Erica. And Harry, who has always had the world on a string, finds his life unraveling.

Reviews for "Something's Gotta Give"