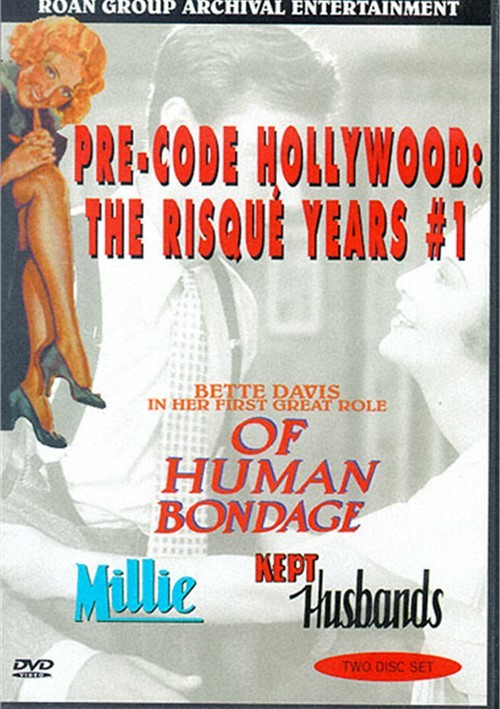 In April 1934, the Catholic Legion of Decency was formed to pressure Hollywood into enf-rcing the Production Code. By that June, the Production Code Administration (PCA) was in place under Will Hays and Joseph Breen. The "Hays Office" controlled what America saw at the movies well into the 60s. The three films in this set were released before the PCA. Each deals with Adultery (part of the Code's "Sex" heading). Watching these movies today, it's very easy to see what all the fuss was about.

Of Human Bondage (1934), from W. Somerset Maugham's novel and directed by John Cromwell, stars Bette Davis (as the slut Mildred) and Leslie Howard. This put Davis on the list of Great Actresses.

Dorothy Mackaill and Joel McCrea star in Kept Husbands (also 1931). "Every Inch A Man - Bought Body and Soul by his Wife" screamed the ads.