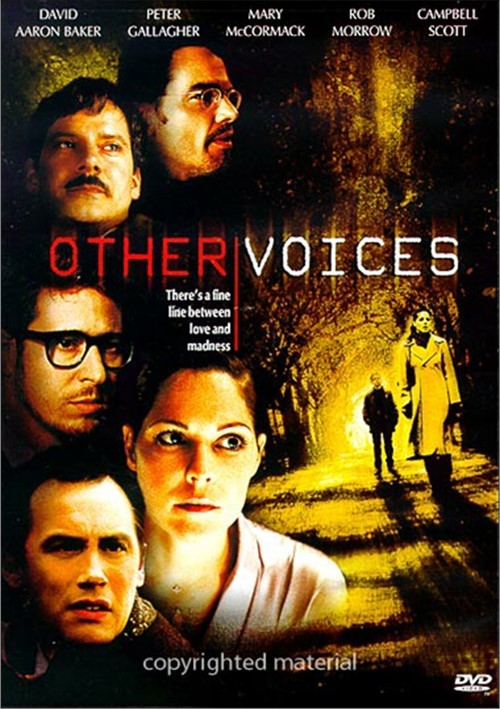 There's a fine line between love and madness.

Phil (David Aaron Baker) and Anna (Mary McCormack) are struggling to maintain a trust they once had but are no longer able to hold onto. Each suspects the other of having an illicit affair. Anna shares with her analyst (Stockard Channing) that she is seeing another man, while Phil confides in his buddy John (Campbell Scott), that while he suspects Anna is having an affair, he himself is engaging in a similar act of deceit. John arranges for Phil to meet the city's best private detective, the mysterious Jordan (Peter Gallagher), who warns that he will use any means necessary to end the affair. Phil soon realizes that hiring Jordan has been a terrible mistake that may have grave consequences. As the terror mounts, Anna and Phil's world spins wildly out of control in this mystery thriller that will keep you guessing until its shocking conclusion.

Reviews for "Other Voices"