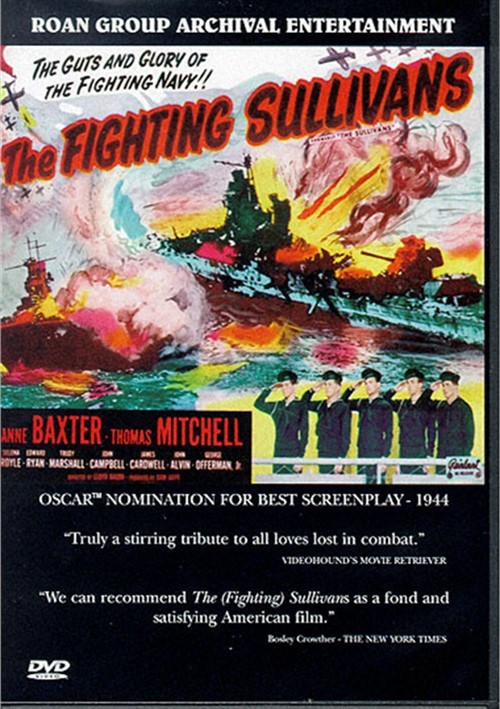 The Guts and Glory of the Fighting Navy!!

The true story of The Sullivans, five brothers lost on the U.S.S. Juneau during World War II, inspired Saving Private Ryan. The Fighting Sullivans (1944) begins with the brothers' upbringing in Iowa, their patriotism and their tragic end at Guadalcanal.

The cast includes Thomas Mitchell as the father, Anne Baxter a young widow and unknowns as the brothers (Which adds realism). The Sullivans' parents approved both the cast and script, and sold war bonds in the lobby of New York's Roxy Theatre, where the film premiered.

A sl--per in its day, today The Fighting Sullivans stands as a worthy tribute and a fine slice of Americana.