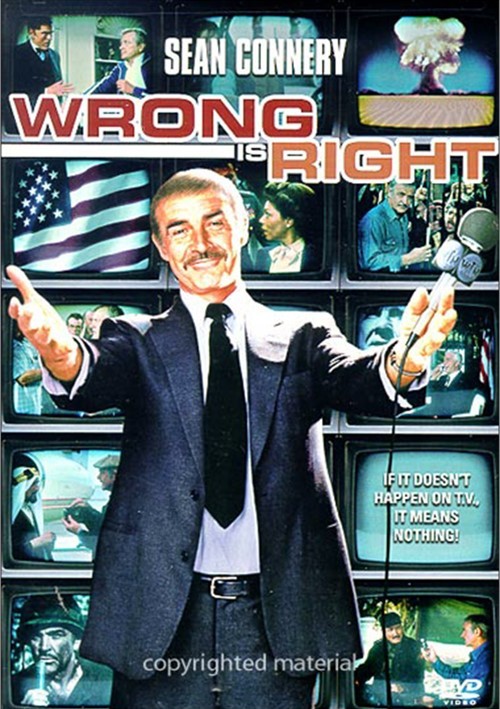 If it Doesn't Happen on T.V., It Means Nothing!

Political double-talk, dirty tricks, hidden microphones, spy satellites, bugging the Oval Office and a nuclear bomb for sale are all ingredients in this swift, funny and frightening look at the possibilities in today's political arenas. Sean Connery stars as globe-trotting ace TV news reporter Partick Hale, who is on the trail of a terrorist offering the sale of a nuclear bomb to a Mid-East oil country. Hale juggles Arab sheiks and international intelligence agents to get at the story. Meanwhile, the President (George Grizzard) tries to convince the public there is no bomb to save his career, while his main opponent in the upcoming election tries to buy the bomb to prove it exists and discredit the President, and General Wombat (Robert Conrad) wants to just bomb the whole Middle East. The frenzied plot is hilarious, yet its close parallels to today's front page news add an ominous element of fright.

Reviews for "Wrong Is Right"