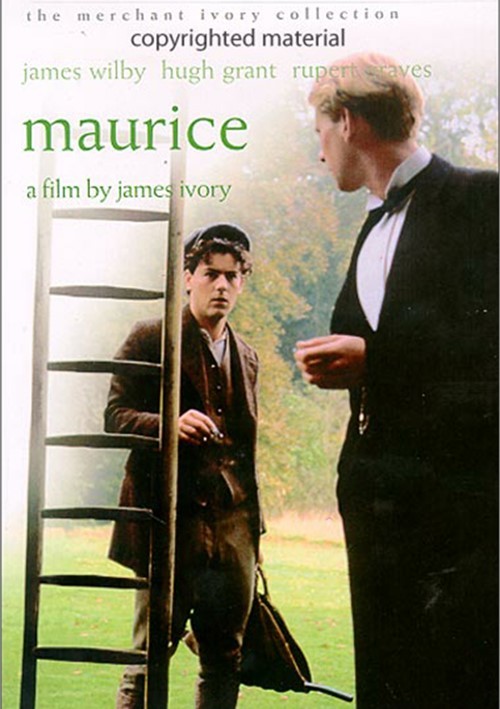 Set against the stifling conformity of pre-World War I English society, E.M. Forester's Maurice is a story of coming to terms with one's sexuality and identity in the face of disapproval and misunderstanding.

Maurice Hall (James Wilby) and Clive Durham (Hugh Grant) find themselves falling in love at Cambridge. In a time when homosexuality was punishable by imprisonment, the two must keep their feelings for one another a complete secret, even though Clive refuses to allow their relationship to move beyond the boundaries of pure "Platonic" love. After a friend is arrested and disgraced for "the unspeakable crime of Greeks," Clive abandons his forbidden love, marries and enters the political arena. Maurice, however, struggles with questions of his identity and self-confidence, even seeking the help of a hypnotist to rid himself of his undeniable urges. But while staying with Clive and his shallow wife, Anne, Maurice is seduced by the affectionate yearning servant Alec Scudded (Rupert Graves), an event that brings about profound changes in Maurice's life and outlook. Sparkling direction by James Ivory, distinguishing performances from the ensemble cast, and a charged score by Richard Robbins combine to create a film of undeniable power, one that is both romantic and moving-a story of love and self-discovery for all audiences.

Conversation with the Filmmakers, part of a new series of interviews with Ismail Merchant, James Ivory, and Richard Robbins.
The Story of Maurice, featuriung new video interviews with screenwriter Kit Hesketh-Harvey, and actors James Wilby, Hugh Grant and Rupert Graves
Over 30 Minutes Of Deleted and Alternate Scenes, Including a Reconstructed Opening Sequence, with commentary by James Ivory
Original Theatrical Trailer