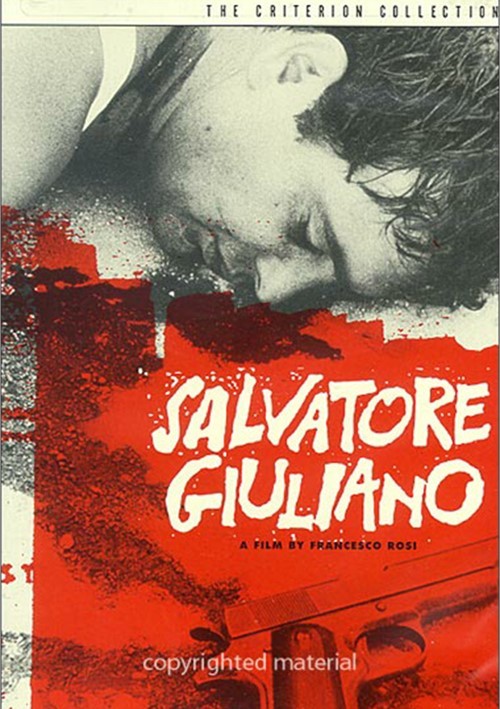 July 5, 1950, Castelvetrano, Sicily-infamous bandit Salvatore Giuliano's bullet-riddled corpse is found facedown in a courtyard, a handgun and rifle by his side. Local and international press descend upon the scene, trying to gather the truth behind the young man, who, at the age of twenty-seven, is Italy's most wanted criminal and celebrated hero of his day. In this groundbreaking work of investigative filmmaking, director Francesco Rosi harnesses the facts and myths surrounding the true story of Giuliano's death, creating a searching and startling expose of Sicily and the web of relations between her citizens, the Mafia, the military, and government officials. Pushing the boundaries of Italian neorealism, Salvatore Giuliano established Rosi's reputation and secured his place in cinema history.

Francesco Rosi: a 55 Minute Documentary Made for Italian Television, Surveying the Director's Career To Date, Offering an Intimate Visit with Rosi at Home and On Location Around Sicily, with Special Appearances by Directors Giuseppe Tornatore (Cinema Paradiso) and Martin Scorsese

Reviews for "Salvatore Giuliano: The Criter"