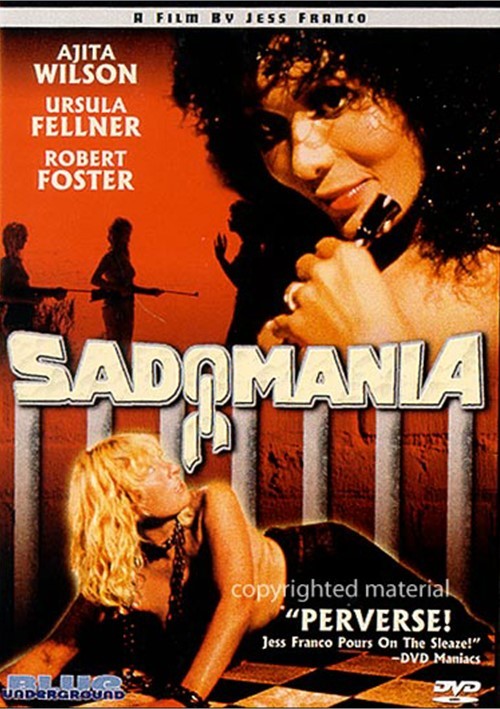 Franco's Masterpiece Uncut and Uncensored for the first time in America

In all the annals of exploitation cinema, there has never been anything quite like it: Take a luscious young bride (beautiful Playboy centerfold Ursula Fellner) thrust into a brutal prison camp by a sadistic woman warden (the stunning transsexual adult film star Ajita Wilson). Add generous helpings of lesbian lust, bestial perversion and some very extreme violence. Then mix in a jaw-dropping performance by the film's controversial director as a degenerate white slaver. Do you dare take a forbidden taste of the wildest women-in-prison movie ever made?

Banned outright in the UK and available only in heavily censored versions in America, Sadomania is the sicko epic that could only come from the mind of Jess Franco (Eugenie, Marquis De Sade's Justine). Blue Underground has unearthed pristine elements from various international sources to create this definitive uncut edition, fully restoring all of its vicious violence and long-rumored scenes of horrific sexual depravity, and now featuring all-new extras that include a no-holds barred interview with Jess Franco himself!