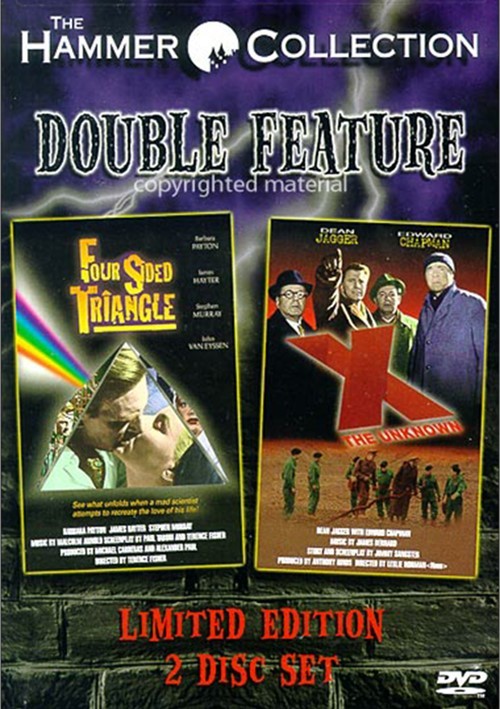 Graduate students Robin Grant (John Van Eyssen) and Bill Leggat (Stephen Murray) have both loved the beautiful Lena (Barbara Payton) since childhood. After years of perseverance by both men, Lena finally chooses Robin, and the two become engaged. Devastated by the news of Lena's plans, Bill uses his latest science experiment, a cloning device that duplicates matter, to create a "new Lena" for himself. Unfortunately, this device performs too well, producing a clone that also loves Robin. Furious and desperate, Bill decides to use electro-shock to burn the memory of love out of the clone's brain.

British commandos on maneuvers near a muddy marsh become ill with mysterious symptoms and horrific burns. Dr. Royston (Dean Jagger), an atomic scientist from a nearby research station suspects lethal radiation but is mystified by the cause. At a nearby hospital, the phenomenon reappears and engulfs more innocent people including a hospital orderly whose skin has melted away from his body. Dr. Royston speculates that the unknown f-rce is on a quest to absorb radiation and expands in size and range as it claims more and more victims. As time runs short, he becomes desperate to trap the f-rce before its power overcomes mankind.