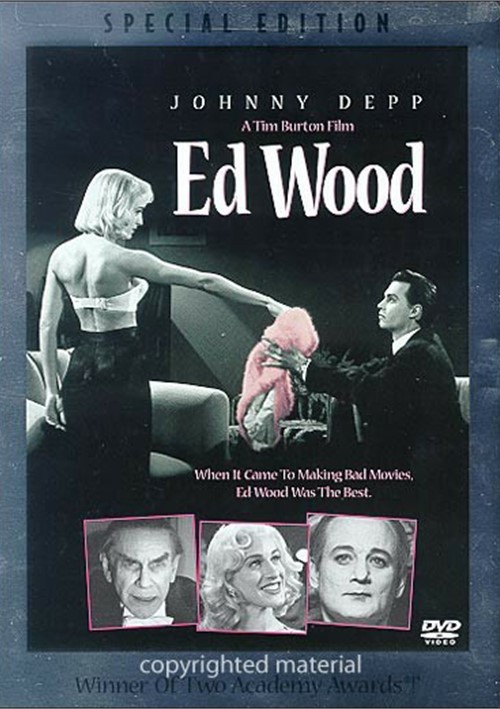 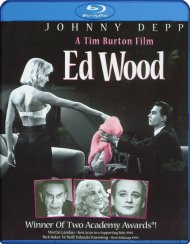 When It Came To Making Bad Movies, Ed Wood Was The Best.

From Tim Burton, acclaimed director of Big Fish, Edward Scissorhands and Batman, and producer of The Nightmare Before Christmas, comes the hilarious, true-life story of the wackiest filmmaker in Hollywood history - Ed Wood! Johnny Depp (Pirates Of The Caribbean: The Curse Of The Black Pearl, Chocolat, Edward Scissorhands) stars as the high-spirited movieman who refuses to let unfinished scenes, terrible reviews or hostile executives derail his big-screen dreams. With an oddball collection of showbiz misfits, Ed takes the art of bad moviemaking to an all-time low! The all-star cast features funnyman Bill Murray (Lost In Translation, The Royal Tenenbaums), sexy Sarah Jessica Parker (TV's Sex And The City), beautiful Patricia Arquette (Stigmata, Little Nicky) and an Academy Award-winning performance by Martin Landau as Bela Lugosi! Hailed by critics everywhere, this touching comedy his is sure to entertain everyone!

Behind the Scenes Featurette: "Let's Shoot This F#%@r!," Hosted by Johnny Depp

"Making Bela": Featurette about the creation of the Bela Lugosi character in the film with Actor Martin landau and Makeup Designer Rick Baker.

"Pie Plates Over Hollywood": Featurette on the look of the film with Production Designer Tom Duffield.