Scorpion King, The/ Brotherhood Of The Wolf 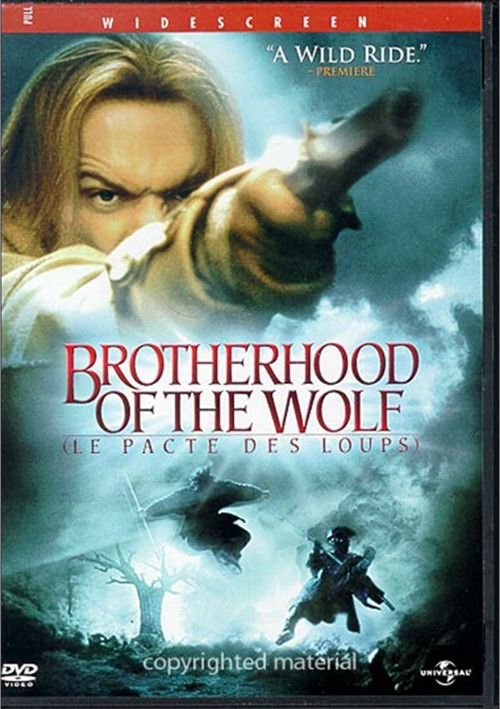 Scorpion King, The/ Brotherhood Of The Wolf

A dangerous, thrilling mystery of chilling proportions, Brotherhood Of The Wolf leaps from the screen with breathtaking action and incredible suspense blended with high-flying martial arts excitement.

When a mysterious beast ravages the countryside, two unlikely heroes are called in to fight the evil. The only way they can save the land from this unspeakable terror is to face their greatest fears, unearth a dark power and reveal a deadly secret. Harry Knowles of Aintitcoolnews.com raves, "A remarkable film. As cool as they come!"

Jami Bernard from The New York Daily Times praises it as "An unexpected touch of Crouching Tiger, Hidden Dragon."

Alternate Version in Enhance Viewing Mode
Feature Commentary with The Rock: See The Rock as he record the commentary live
Feature Commentary with Director Chuck Russell
Outtakes
Godsmack Music Video "I Stand Alone"
Preparing the Fight: A look at the process of shooting a fight sequence
The Making of The Scorpion King
The Special Effects
The Rock and Michael Clarke Duncan
Ancient World Production Design
Working with Animals
Scorpion King: Man Or Myth?
DVD-ROM Features Including Total Axess

Reviews for "Scorpion King, The/ Brotherhoo"