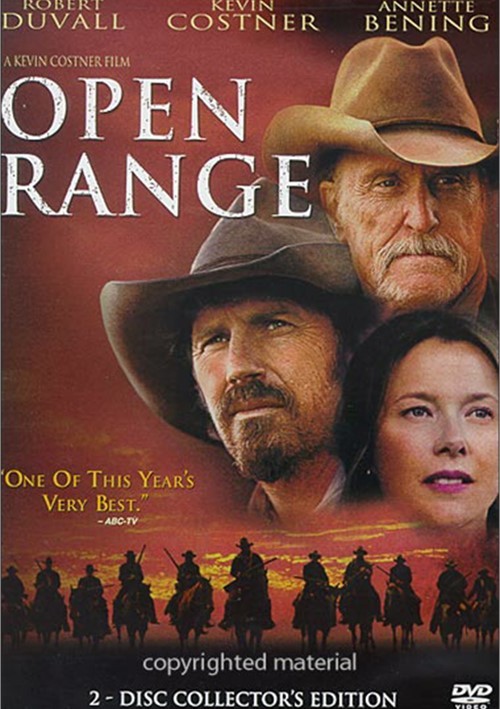 "One Of This Year's Very Best."-ABC-TV

Packed with epic action, Open Range is a powerfully gripping story that's never been told until now, and stars Academy Award winners Robert Duvall (John Q) and Kevin Costner (Tin Cup), and Academy Award nominee Annette Bening (American Beauty). A group of free grazers, four men trying to escape their pasts, are driving cattle and living off the land on the open range-a place where nature makes the only laws. When a ruthless, evil rancher tries to run them out of town, the men's peaceful existence takes a tumultuous turn and ends in the grittiest, most explosive gunfight on film as two men battle a town for honor, justice and a way of life that's quickly disappearing.

America's Open Range: A historical journey back in time to the real open range of the 1800s, narrated by Kevin Costner