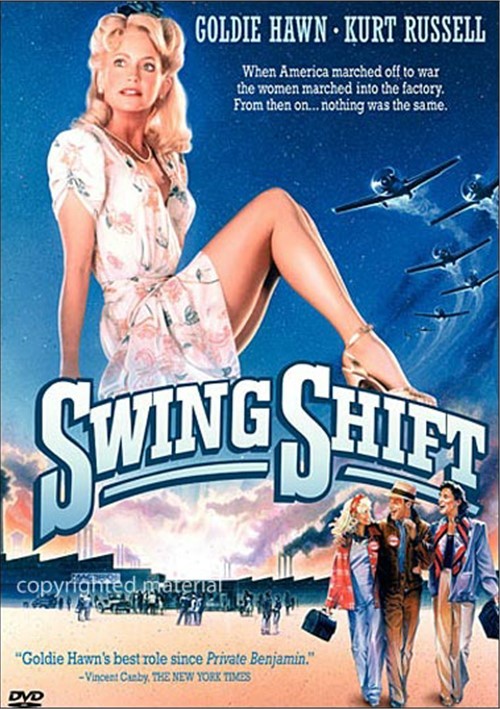 When American marched off to war the women marched into the factory. From then on... nothing was the same.

Fifteen million U.S. men would go off to fight World War II. At home, American women who had never worked in factories before would heed the call - and give their all - to the war effort.

Goldie Hawn, Kurt Russell, Christine Lahti (the New York Film Critics Award winner and an Oscar nominee as 1984's Best Supporting Actress), Ed Harris, Fred Ward and Holly Hunter team in this story of homefront war and love. Directed by Academy Award winner Jonathan Demme, Swing Shift casts a nostalgic eye on a time when ordinary citizens bonded to accomplish extraordinary things. There was no other time like it, and it changed our way of life forever. Clock in. You're working the Swing Shift.