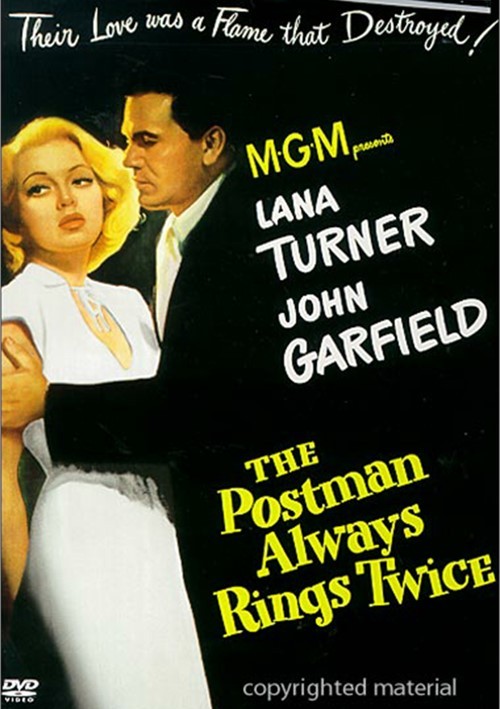 Their Love Was a Flame that Destroyed!

The sign outside the roadside diner says "Man Wanted." Drifter Frank Chambers knows the sign has more than one meaning when he eyes pouty, luminous Cora, the much-younger bride of the diner's proprietor.

Based on the same-titled novel by James M. Cain (Double Indemnity, Mildred Pierce), this quintessential film-noir classic combines studio-system gloss with Cain's hard-bitten tale of murderous attractions. John Garfield and Lana Turner give career-benchmark performances as Frank and Cora, illicit lovers who botch a first attempt to bump off Cora's hubby, pull it off, betray each other at trial and yet wriggle free. But their volatile tale does not end there. As the film's metaphorical title indicates, fate is sure to ring again.