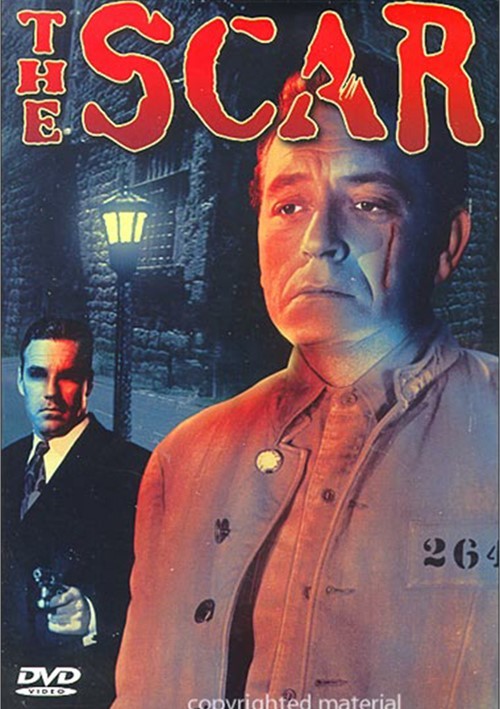 After a botched hit on a casino, the criminal mastermind John Muller has nowhere to run. With a band of killers on his trail, he hides out in an anonymous office job, knowing that his days are numbered. When he is mistaken for the psychiatrist Dr. Bartok, he finds his escape route. The doctor is a dead ringer for Muller, except for a hideous scar on his face. By inflicting the gruesome wound on his own cheek, the criminal is able to assume Bartok's identity. Through a twist of fate, Muller cuts the scar onto the wrong side of his face and finds his survival threatened. Unable to keep this precarious balance any longer, he makes one last attempt at escape before fate closes in on him. Paul Henreid produced and starred in this inspired film-noir thriller. The nail-biting tension is magnified by phenomenal performances by Joan Bennett (Scarlet Street) and John Qualen (Paul Henreid's co-star in Casablanca). The Scar also introduces Dragnet's Jack Webb in his first motion picture role.

Reviews for "Scar,The (aka Hollow Triumph) "