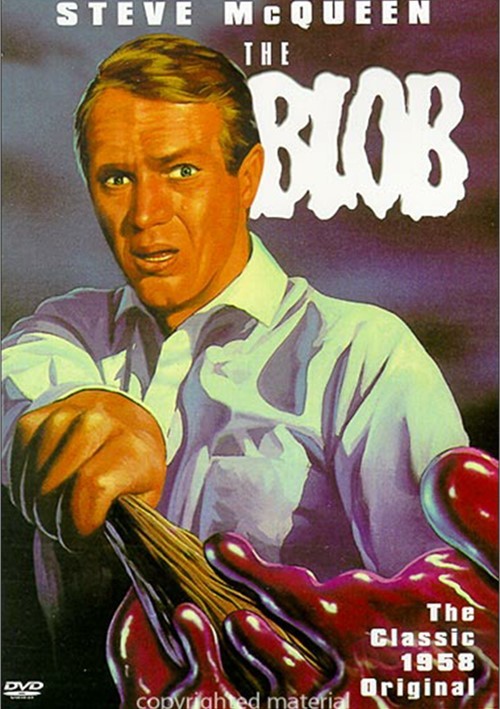 One of the most memorable of the giant monster films of the '50s, this sci-fi classic concerns a shapeless, flesh dissolving mass that emerges from a fallen meteor and grows larger with each victim it absorbs. At first scoffed at by the police, teenage hero Steve Andrews ("Steven" McQueen, in his first lead role) and his girlfriend, Jane Martin (Aneta Corseaut from The Andy Griffith Show), enlist their drag-racing buddies to alert to the town to the danger, before being trapped in a diner that is completely enveloped by the Blob in the film's spectacular climax. Featuring a hit theme song by Burt Bacharach and Hal David, "Beware of the Blob" and special effects that are still impressive today, the Blob rocketed McQueen to fame and was remade in 1988.