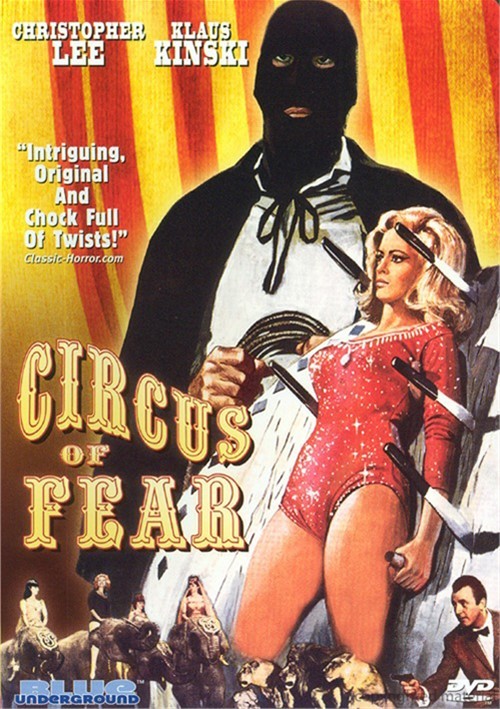 What begins as a daring daylight armored car heist on London's Tower Bridge leads to a sinister circus where a disfigured lion tamer (Christopher Lee) is one of several suspects in a three-ring nightmare of red herrings, grisly 'accidents' and cold-blooded murder. Klaus Kinski (Venom), Suzy Kendall (Bird With the Crystal Plumage), Margaret Lee (Eugenie) and Leo Genn (The Bloody Judge) co-star in this gripping thriller directed by John Moxey (Horror Hotel, The Night Stalker) and based on the novel by legendary mystery writer Edgar Wallace.

Circus of Fear was originally released in America as Psycho Circus in black & white and cut by more than 22 minutes. Blue Underground has now restored the film to its full running time from a stunning British color negative and added a long-lost 8-minute sequence recently discovered in a storage vault. This is Circus Of Fear as you've truly never been seen it before!

Reviews for "Circus Of Fear"