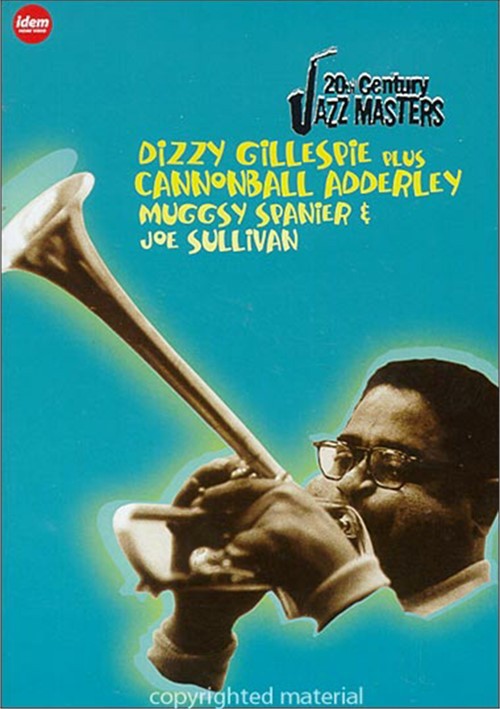 This fantastic DVD features live American TV broadcasts of four of the most outstanding musicians of the twentieth-century. Recorded during the 1960's, these programs are precious gems from the golden age of jazz.

One of the most important figures in jazz history, trumpeter Dizzy Gillespie (1917-1993) was famous for his inimitable technique and upper-register pyrotechnics. A founding father of the be-bop movement, Dizzy pioneered a style that would mark the beginning of modern jazz, and forever change the syntax of the jazz idiom.

One of the all-time geniuses of the alto saxophone, Julian "Cannonball" Adderley's (1928-1975) soulful, melodic style was second to none. After playing with Coltrane and Miles, Cannonball put together one of the most celebrated quintets in jazz.

A legendary cornetist, Muggsy Spanier (1906-1967) was one of the most influential f-rces and defining voices of the Dixieland revival sound.

Following in the footsteps of Earl Hines, pianist Joe Sullivan (1906-1971) made a name for himself in the Chicago jazz scene of the 1920's. A swinging performer, Sullivan was an instrumental figure in the Dixieland revival movement.

From the swinging Dixieland sound of Spanier and Sullivan, to the modern genius of Cannonball and Diz, this superb DVD is a rare find.