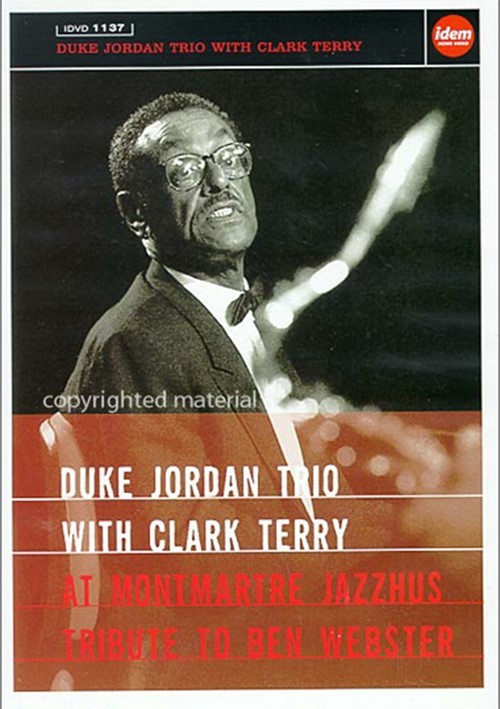 Best-known for his stint with Charlie Parker's classic 1947 quintet, superb bop pianist Duke Jordan (1922) worked with Sonny Stitt, Gene Ammons and Stan Getz during the Fifties and made quite an impression by writing part of the soundtrack for the French movie Les Liaisons Dangereuses. After a period of obscurity, this great pianist made a comeback in the Seventies, recording and appearing with jazz legends such as Charlie Rouse, Niels Pederson or Dannie Richmond.

Trumpeter-flugelhornist Clark Terry (St. Louis, 1920) has always been renowned for his joyful, swinging approach to music. A top-notch soloist with an unmistakable sound on his instrument, a very personal vocalist, an irrepressible humorist and an enthusiastic jazz educator, Terry has been around since the Forties (when he was an inspiration for Miles Davis).

Recorded in 1985 at Copenhagen's Montmartre Jazzhaus as a tribute to the late great Ben Webster - a personal friend of the trumpeter Terry -, this excellent concert showcases pianist Jordan's first-class playing along with Clark Terry's humorous onstage presence. Resorting to a repertoire mostly consisting of Ellington standards, Jordan, Terry and their sidemen display a highly spirited, swinging set A true delight for all jazz fans.