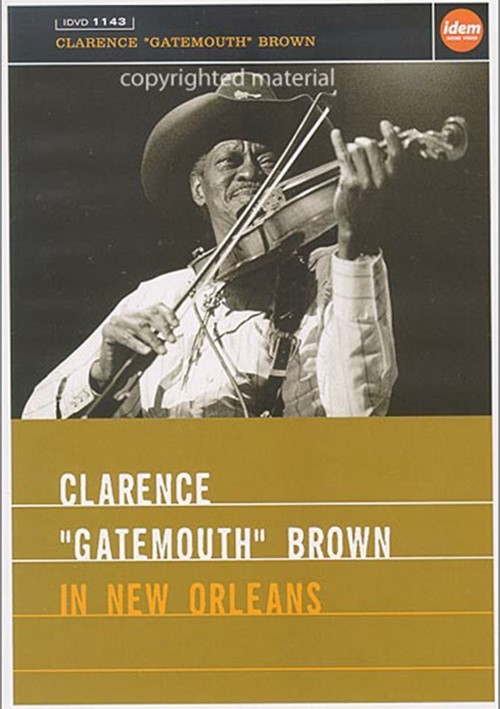 A living legend of American music, Clarence "Gatemouth" Brown (b. 1924) grew up in rural Louisiana and Texas, and this early geographic environment was instrumental in the development of his unique style as a musician. A first-class guitarist and a gifted singer, Gatemouth makes music that defies the usual stylistic categories, successfully mixing elements from the Texas blues and the R&B from New Orleans, Cajun music from the Louisiana swamps and hard-rocking jazz from the Lone Star state, plus country and bluegrass licks that come straight from Nashville. A colorful personality (he worked as a deputy sheriff in New Mexico when he temporarily retired from music in the late Sixties!), Clarence Brown has traveled the world over, making extensive tours across Europe, Africa, Asia and South America in the course of a highly successful career that stretches over half a century.

Recorded live in 1984 at the Maple Leaf in New Orleans, this hour-long video features the irrepressible Gatemouth in splendid artistic form, armed with his characteristic leather-coated Gibson Firebird guitar and restarting to a healthy combination of down-home ingredients through a repertoire mostly consisting of original numbers plus the occasional welcome surprises such as Albert Collins's "Frosty", Cecil Gant's "I Wonder" or the traditional "Up Jumped the Devil".

Reviews for "Clarence "Gatemouth" Brown In "