Kenny Drew Trio At The Brewhouse 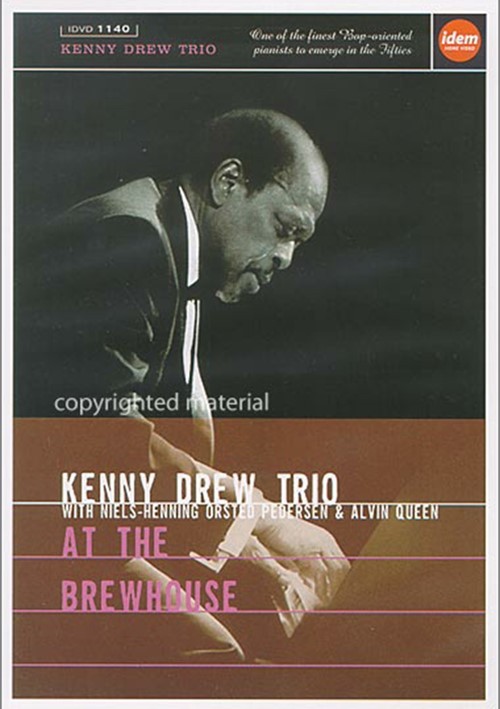 One of the Finest Bop-Oriented Pianists To Emerge In the Fifties.

One of the finest Bop-oriented pianists to emerge in the Fifties, Kenny Drew (1928-1993) made his studio debut in 1949 alongside trumpeter Howard McGhee and went on to perform with the best jazzmen around, including Charlie Parker, Coleman Hawkins, Lester Young and Dinah Washington. In 1961 he moved to Paris, and three years later he permanently relocated to Copenhagen, where he became a main ingredient of the lively local jazz scene centered around the legendary Montmarte club. A devoted, hard-working musician and an extremely reliable professional, Drew remained a busy player up until his death, performing and recording with jazz greats such as Ben Webster, Thad Jones, Dexter Gordon or Philip Catherine.

Recorded at the Brewhouse club in England in 1992, just a year before Drew's death, this concert features the splendid expatriate pianist in the inspired company of master bassist Niels-Henning Oersted Pedersen and drummer extraordinaire Alvin Queen. Resorting to a repertoire mostly consisting of modern jazz standards (Oscar Pettiford's "Blues In the Closet," Dave Brubeck's "On Your Sweet Way," Sonny Rollin's "Oleo"), Kenny Drew makes eloquently displayed of the elegance, swing and first-rate technique that made him a legend among musicians.

Reviews for "Kenny Drew Trio At The Brewhou"