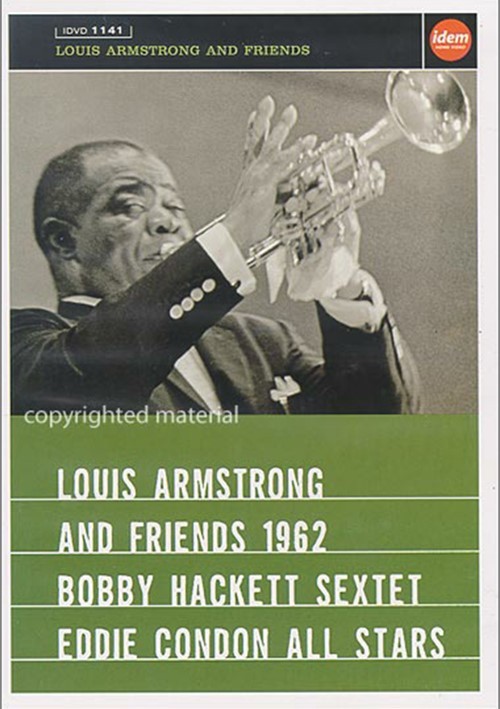 In the early 1960's the American Goodyear Tire Company commissioned a series of short jazz films as part of his promotional campaigns. These movies were originally filmed on 35 mm and the sound was recorded on professional stereo, but the shows were presented in 16 mm and mono sound format. However, for this edition we used the original source material and the 35 mm tapes has been transferred to video tape with the stereo tracks.

These programs stands some of the most technically advances on jazz movies. It features some irreplaceable music with the legendary Louis Armstrong at the peak of his mature years, with his legendary All-Stars performing some of his eternal hits. In addition we are the Bobby Hackett Quintet and Sextet featuring trombonist Urbie Green, clarinetist Bob Wilber and pianist Dave McKenna, and one of the greatests Eddie Condon units with Wild Bill Davison on cornet, Cutty Curshall on trombone and Peanuts Hucko on clarinet among others.

Great middle jazz with some of the mythical geniuses of the eternal Jazz Era.

Reviews for "Louis Armstrong And Friends 19"