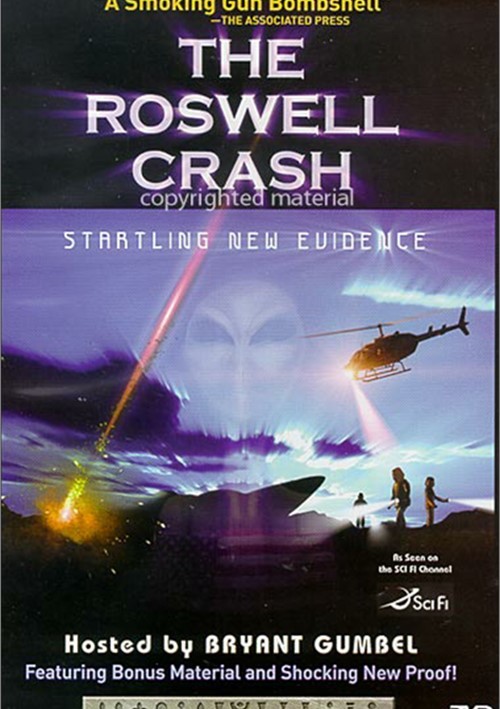 In 1947, newspapers across the U.S. published an official Air F-rce announcement about the crash of a "flying saucer" near Roswell, New Mexico. Eyewitnesses reported seeing the removal of small, alien bodies from the wreckage before the site was sealed under a veil of secrecy and threats. Two days later, the first press release was denounced with senior Air F-rce officials suggesting that the wreckage was merely a downed weather balloon.

Now, over fifty years later, the Sci-Fi Channel has blown-the-lid off the conspiracy with shocking new information gleaned from government reports, geological studies of the crash site, and surprise witnesses that refuse to be intimidated any longer.

The Roswell Crash: Startling New Evidence presents compelling proof of an alien saucer collision and the government's strong-armed conspiracy to conceal the truth from the public. See for yourself why this program has been hailed as "a smoking gun bombshell" by the Associated Press and hundreds of newspapers nationwide.

Reviews for "Roswell Crash, The: Startling "