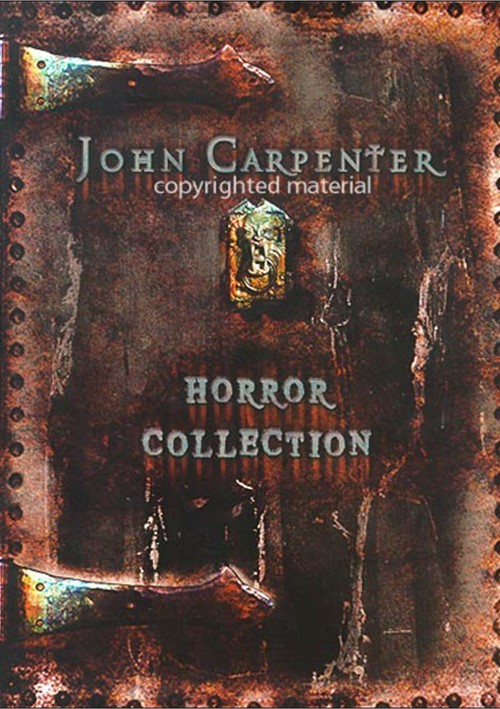 Horror master John Carpenter directs this heart-pounding thriller. Aliens are systematically gaining control of the earth by masquerading as humans and lulling the public into submission. Humanity's last chance lies with a lone drifter who stumbles upon a harrowing discovery-a unique pair of sunglasses that reveal the terrifying and deadly truth.

A group of graduate students and scientists uncover an ancient canister in an abandoned church, but when they open the container, they inadvertently unleash a strange liquid and an evil f-rce on all humanity. As the liquid turns their co-workers into zombies, the remaining members realize they have released the most unspeakable of horrors, Satan himself, thus paving the way for the return of his father-the all-powerful anti-God.

Terror mounts as the last two members of the team must fight to save an innocent world from a devilish fury that has festered for over seven million years.

From the master of suspense, John Carpenter, comes a chilling new version of the sci-fi classic. Something is terribly wrong in the tiny village of Midwich. After an unseen f-rce invades a quiet coastal town, ten women mysteriously find themselves pregnant. Local physician Dr. Alan Chaffee (Christopher Reeve) and government scientist Dr. Susan Verner (Kirstie Alley) join f-rces when the women simultaneously give birth...and the reign of terror begins. In what the New York Times calls "one scarifying trip," the people of Midwich must try to find a way to stop the children in the Village of the Damned.

The remake of the 1951 classic about an Antarctic outpost terrorized by an alien organism.

In the winter of 1982, a twelve-man research team at a remote Antarctic research station discovers an alien buried in the snow for over 100,000 years. Soon unfrozen, the form-changing alien wreaks havoc, creates terror and becomes one of them.

Reviews for "John Carpenter Collection, The"