World War II Movies: One Of Our Aircraft Is Missing / Spitfire / We Dive At Dawn 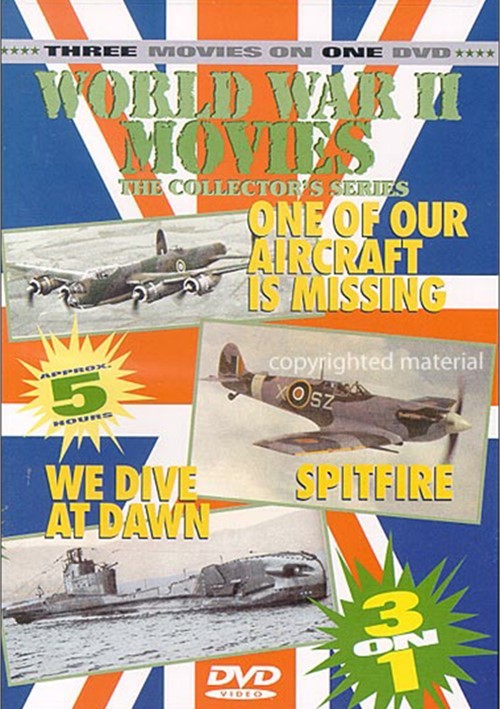 One of Our Aircraft Is Missing

The crew of an RAF bomber is shot down in the Netherlands and struggles to escape capture by the Germans. This film received an Academy Award nomination. [1941] with Hugh Williams and Peter Ustinov.

The story of Reginald J. Mitchell, the man who designed the ace British fighter plane, Spitfire. The Spitfire became one of the Allies' most valuable World War II assets. [1942] with David Niven and Leslie Howard.

We Dive At Dawn

The "Sea Tiger" attempts to sink the German battleship "Brandenburg" off Denmark. [1943] with John Mills and Eric Portman.

Mr. Blabbermouth: The Story of How America's War Efforts Are Compromised by Civilian Gossip.-Black & White.

Reviews for "World War II Movies: One Of Ou"