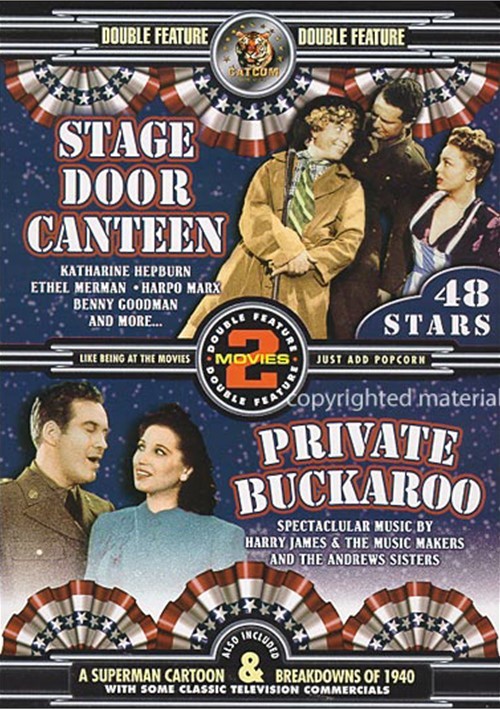 Stage Door Canteen stars a virtual who's who of Hollywood celebrities from the 1940's. From big stars to big jazz bands-they're all here! In an effort to boost morale on the home front, Hollywood made several films overflowing with talent saluting the good old USA and the boys getting ready to go overseas. The Stage Door Canteen similar to the USO clubs, used real Hollywood celebrities to wait on and entertain any and all servicemen who came there. Filled with tons of singing, dancing and jokes, this is entertainment for all the troops in your army!

Big Band leader Harry James plays himself in this patriotic World War II era musical. It seems that Harry's been drafted, s before he goes off to Boot Camp he agrees to play one last gig at the club he works at. A special appearance from his friends, The Andrews Sisters, really get the joint jumping with hot be-bop jazz that burns like a fire out of control. Three Stooges fans take note-Shemp Howard has a huge part in Private Buckaroo, playing a Drill Sergeant with hilarious results! Plenty of music, merriment, and all out flag waving fever make Private Buckaroo one of the best examples of Hollywood at War! Let's run it up the Flagpole and salute it!