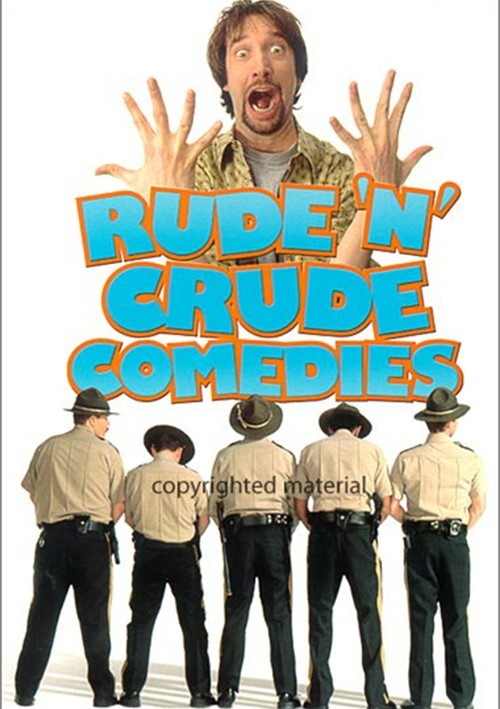 6 Great Movies in one collection!

Meet Jesse (Ashton Kutcher - TV's "That '70s Show") and Chester (Seann William Scott - American Pie, Road Trip), two dimwitted yet lovable party animals who wake up one morning with a burning question: Dude, Where's My Car? Their only clues are a matchbook cover from the Kitty Kat strip club and a year's supply of pudding in the fridge. As they retrace their steps, these dudes are in for the ride of their lives encountering hot alien chicks, dodging killer ostriches, and trying to score "special treats" from their ticked-off twin girlfriends.

Unable to endure another mind-numbing day at Initech Corporation, cubicle slave Peter Gibbons (Ron Livingston) gets fired up..and decides to get fired. Armed with a leisurely new attitude and a sexy new girlfriend (Jennifer Aniston), he soon masters the art of neglecting his job, which quickly propels him into the ranks of upper management!

Captain O'Hagen (Brian Cox) tries in vain to control the imaginations and hormones of his bumbling team of five Vermont Highway Patrolmen. But when the opportunity to solve a real crime rolls their way, the formerly inept Super Troopers pounce into action to become highway heroes.

Jack Black is Shallow Hal, a superficial skirt chaser who, after a mind altering experience with a self-help guru, doesn't realize that his gorgeous girlfriend (Gwyneth Paltrow) is actually a 300-pound not-so-hottie. Meanwhile, Hal's playboy pal Mauricio (Jason Alexander) is determined to break the spell before someone gets... squashed! Packed with loads of laughs and non stop fun, it's the biggest love story ever told!

When 28-year old wannabe animator Gord Brody (Green) leaves the safety of his parent's home to make it big in Hollywood, all hell breaks loose in hospital rooms, with paraplegic nymphos, in a cheese factory, with farm animals and much more!!

In order to avenge his family's death, a legendary warrior named "The Chosen One" (Oedekerk) wanders the countryside in search of the murderous Master Pain... also known as Betty. Filled with fist-flying action, incredible special effects, and outrageous kung foolishness, this martial arts mockery delivers knockout laughs from beginning to end!