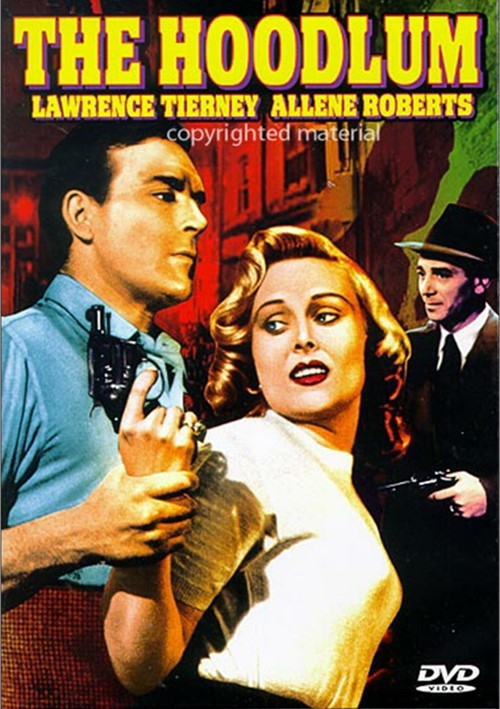 The Hoodlum is our Public Enemy Number One!

Vincent Lubeck, a violent thug just released from prison, is poised to make his mark on the city. He gathers a team of ruthless accomplices to plan an armored car heist that will make him a millionaire. His family attempts to place him on the straight and narrow, but instead Vincent betrays their live and uses them as pawns in his diabolical scheme. When his brother stumbles onto the plot, the criminal brutally attacks his own flesh and blood, leaving him for dead. Driven mad with his addiction to bloodshed, Lubeck f-rces his allies into a spectacular confrontation with the law, a collision that only one side can survive.

This hard-bitten thriller reunites director Max Nosseck and star Lawrence Tierney after their work together in Dillinger. Nossack, a veteran of the crime genre, creates a dark and lurid world to match Tierney's unredeemable villainy. Tierney's real-life brother, Edward, makes his film debut as the hoodlum's virtuous brother.

Reviews for "Hoodlum, The (Alpha)"