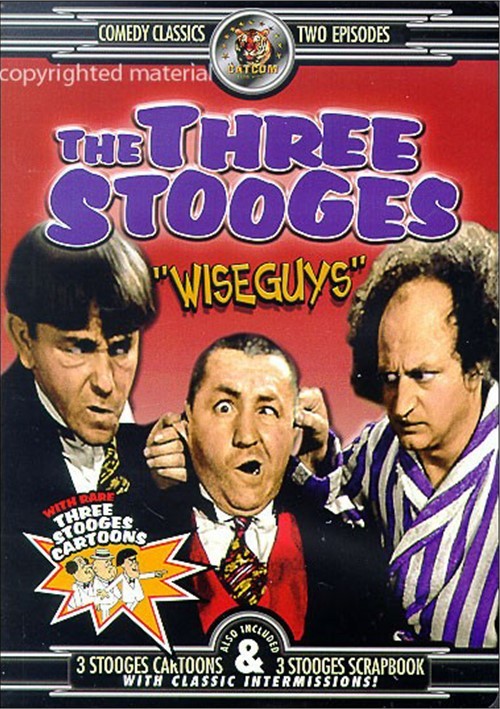 The Three Stooges are one of the most popular slapstick comedy teams of all time. These episodes starring Larry, Moe and Shemp are nyukkity, nyuk, nyuk laugh filled riots of epic proportions. It's great fun for the entire family, but don't let Mom catch you poking your brother in the eyes! Includes: "Malice in the Palace" and Sing a Song of Six Pants"

The Three Stooges classic cartoons are just as wacky as their real life counterparts. Catch the further adventures of Larry, Curly Joe and Moe in these hard-to-find 1960's animated shorts.

This definitive Stooge Collection of rare and hilarious comedy shorts stars the sometimes forgotten Stooge, Shemp Howard, made while he was away on hiatus from his brothers Moe and Curly. These slapstick routines really make Shemp shine, and could change you mind as to who might be your favorite Stooge of all time!

Reviews for "Three Stooges, The: Wiseguys"