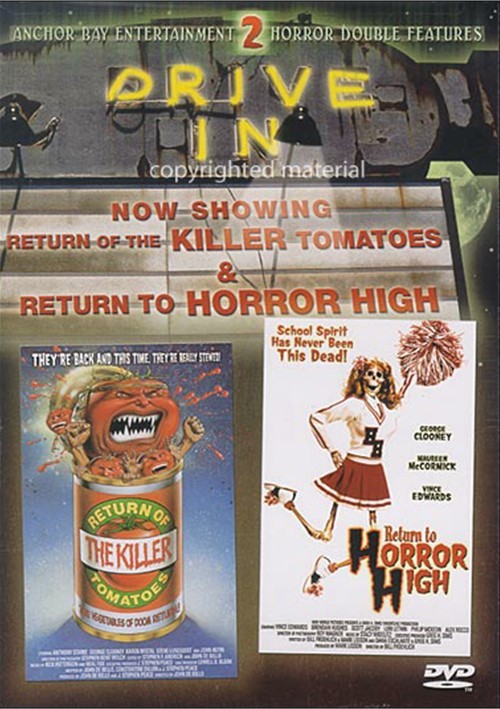 Tonights Double Feature... The vegtables of doom and school spirit that has never been this dead!

Return Of The Killer Tomatoes:

It has been year since the original Killer Tomato attack was squashed, and pizzamakers Matt (George Clooney) and Chad (Anthony Starke) are living a life ripe with good time and non-tomato based sauces. Meanwhile, mad genetic scientist Professor Gangree (John Astin) is plotting to take over the world by creating a race of mighty tomato warriors and one wanton tomato woman (Karen Mistal). But when Chad falls in love with the bodacious tomato babe, he and Matt must face a deadly rampage of ninjas, newmen, toxic waste and product placement. Can these tow heroes defeat the most fiendish red menace of all or will the girl of their dreams turn out to be a complete vegetable?

Review "Return Of The Killer Tomatoes "

Reviews for "Return Of The Killer Tomatoes "