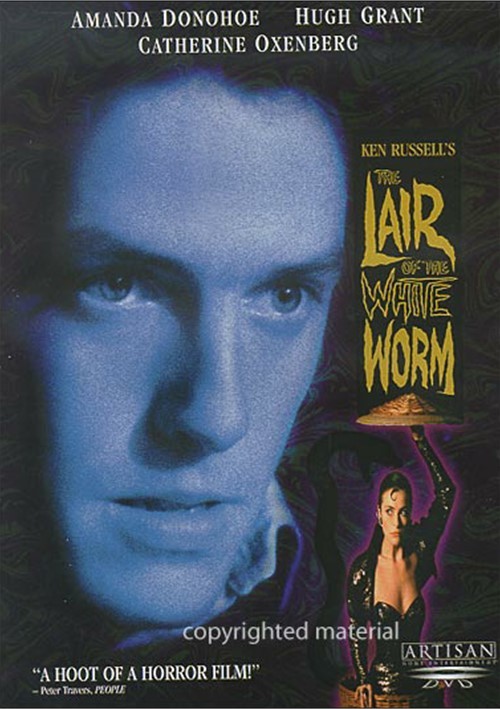 "A hoot of a horror film!" -Peter Travers, People

Hugh Grant, Amanda Donohoe and Catherine Oxenberg star in this mix of heart-stopping horror and campy humor. James D'Ampton (Grant) returns to his country castle in England. Legend has it that James' distant ancestor once slayed the local dragon-a monstrous white worm with a fondness for the sweet flesh of virgins.

The young Lord dismisses the legend as folklore, until archaeology student, Angus Flint, unearths a massive reptilian skull and the ancient worship site of a pagan snake god on James' property.

When James' virtuous girlfriend, Eve (Oxenburg), suddenly disappears, he and Angus set out to investigate the foreboding cavern said to be the worm's lair, where a centuries-old mystery begins to uncoil.